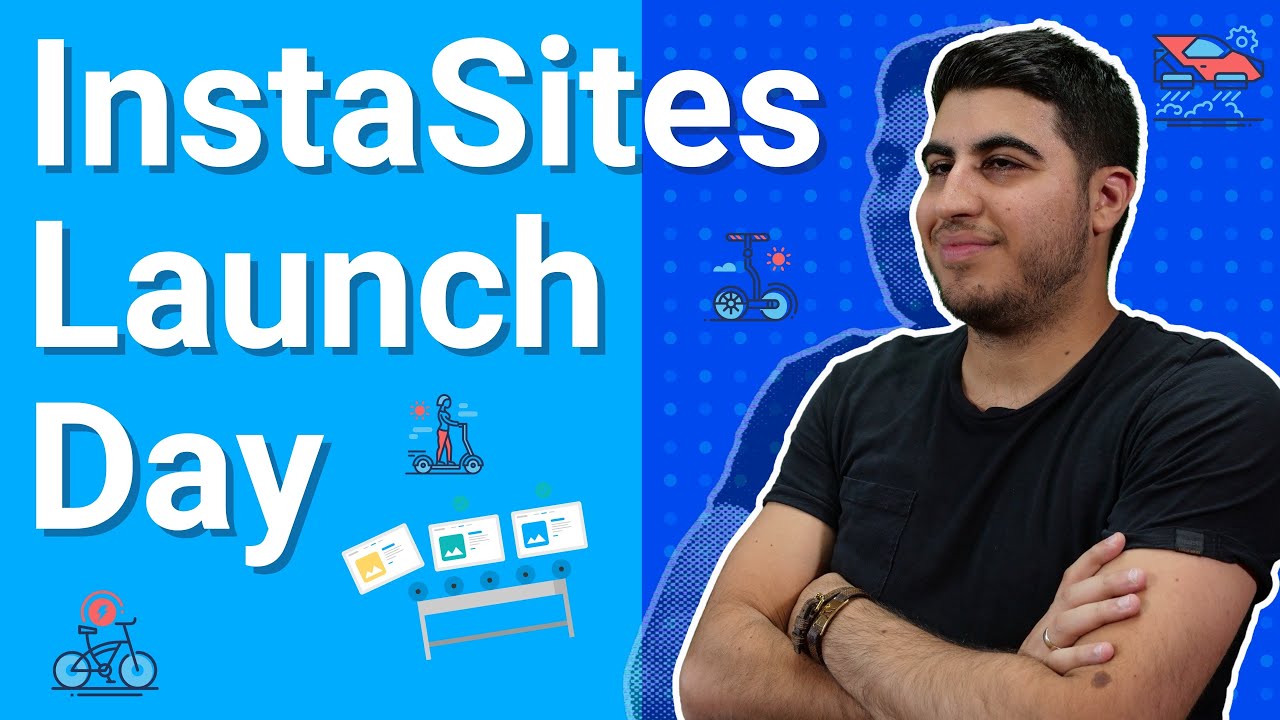 Have you purchased InstaSites for your agency?
Chad Kodary and the DashClicks team give you an inside look at the launch day for our InstaSites product, now available for purchase in the DashClicks dashboard store!

What’s going on guys. We’re launching in society in like three minutes. So we want to bring you guys here so you can get a little bit of engagement, get a little bit of the excitement. It’s one day. We’re super stoked for it. We’re just waiting by the computer to see what happens. We have no clue what’s going to happen. We’ve been building up, we have probably over hundreds of people on the waiting list and I guess now’s the time. So you’ll stick around us, you just hanging around and we’ll see what’s going on.
So what’s gonna happen here in just a second? So as you can see here, it’s eight 58. Our launch is literally exactly at nine, which was in about two minutes. So in about two minutes all the orders are gonna start thinking off of my point’s gonna hear thing thing [inaudible] and we’re gonna see what’s going to happen. So every time we get a thing, it’s a brand new subscription to instasites, which means somebody subscribing to paying monthly to use our brand new software, which is called instant sites. It’s a website builder tool. So I think it’s going to be cool to watch this video and I’m like a year from now or two years or five years from now, cause this is one of the first like really big tool launches that we did. So I’m super excited about it. Everybody in dash clicks is also super excited about it. I think can be used to access, but I don’t want to pull it up a portion. We’ll see what happens.
So far we’re at a, we’re three minutes in and we’re at, I think rally 20 something subscriptions, Maybe 24 Subscriptions, 25 subscriptions in a matter of three minutes. And this is probably gonna continue going on. As you can see my phone, like literally going insane in the membrane right now. Let’s see, like all this crazy stuff that’s happening. And it’s just continuously happening. So this is what happens when you provide value and you drop a crazy product into the marketplace. You get sales and you get people and you get momentum built up. So product launches like this really insane. I’m just going to keep coming in. I’m just going to keep paying it around here and we’re watch a magic. Let’s see what happens. Just see how it goes. All right, we got, we got the mini chat bots going off. Order, order, order, order, order. Let’s just see what happens. Hang tight.
What’s cool about all this, and I’m just telling you guys, is that was just the first round and that only one out to about a couple hundred people that were on the waiting list. The next round, which is happening at 10:00 AM, is going out to the thousands of users in just to give you guys a heads up. That was just the waiting lists. Let’s see what happens next.
It’s going down in the DM. Okay. I need you to know that it’s, it’s Ah, it’s going down in the DM. Okay. So hey, I want to send a note to myself. We’re going to do a little time capsule. Tommy’s here, Gil and Carlos. We’re gonna do a little time capsule note. We’re going to watch this video in one year from today’s launch, which was May 1st, 2020 I don’t know where you at are watching this are going to be in one year from now, but I think we’re going to be competing with huge companies like click funnels and Kajabi and Vin Dasa and all these insane multimillion dollar crazy corporations. And then we’re going to be right up there because we’ve got about 12 months to do it. And we’re on the way already.
We will have, hmm. All right. This is a fun, yeah, we’re going to watch us in the year and let’s see who’s closest. I’m going to say 5,000 years. A long time. All right. Closest one, two. This number gets my Lamborghini. What if you get it though? They’ll keep it. I’m going to say 45. I was going to say, let me go with that. I’ll be conservative. I’m going to say close. You guys are all shooting on good. We’ll cut it off. We’ll see you guys next year in 2024. Run the numbers and see what happens. Hi. Bye, bye. Have a good one. Bye.