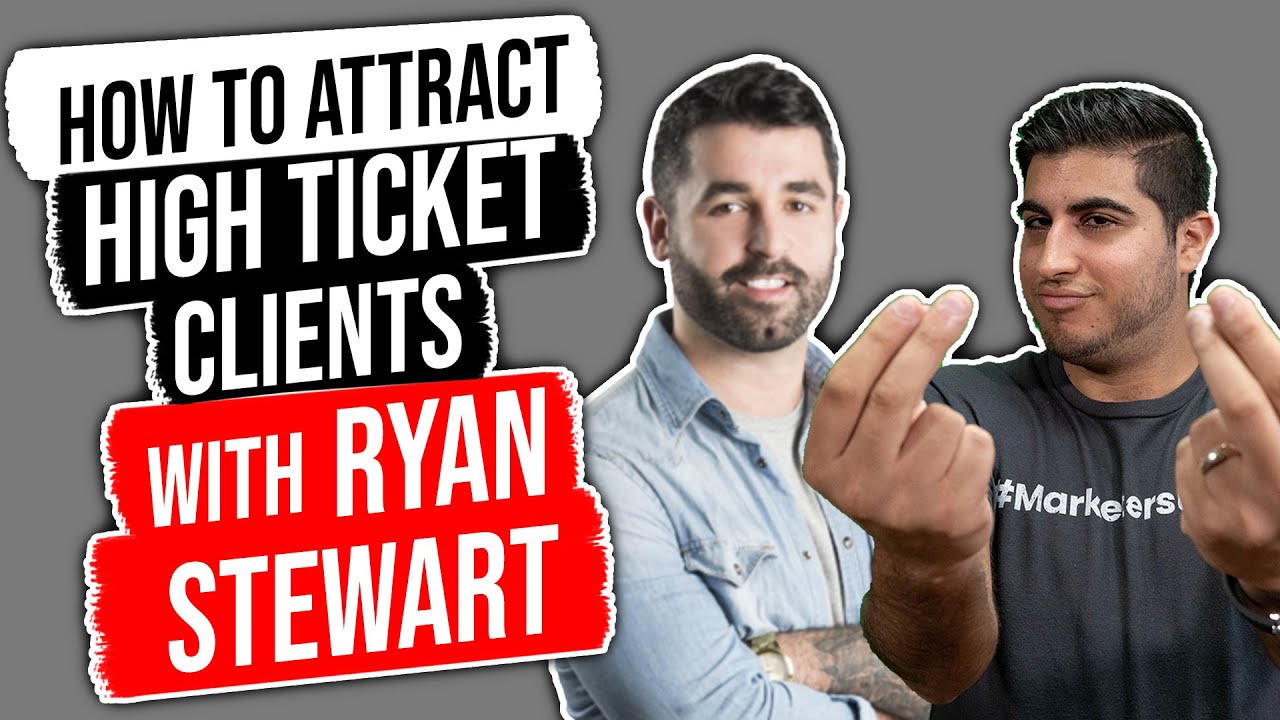 How do you attract high ticket clients? This is an important question: the more your clients are willing to pay, the less work you have to do in order to make that money. This means you have time to focus on each client, and you have the resources needed to do the very best work possible.
Ryan Stewart explains it all. The owner of the award-winning marketing agency From the Future, Ryan has built several successful ecommerce business, and he’s worked as an advisor for high ticket brands.
In this video, he shares his secrets with you.