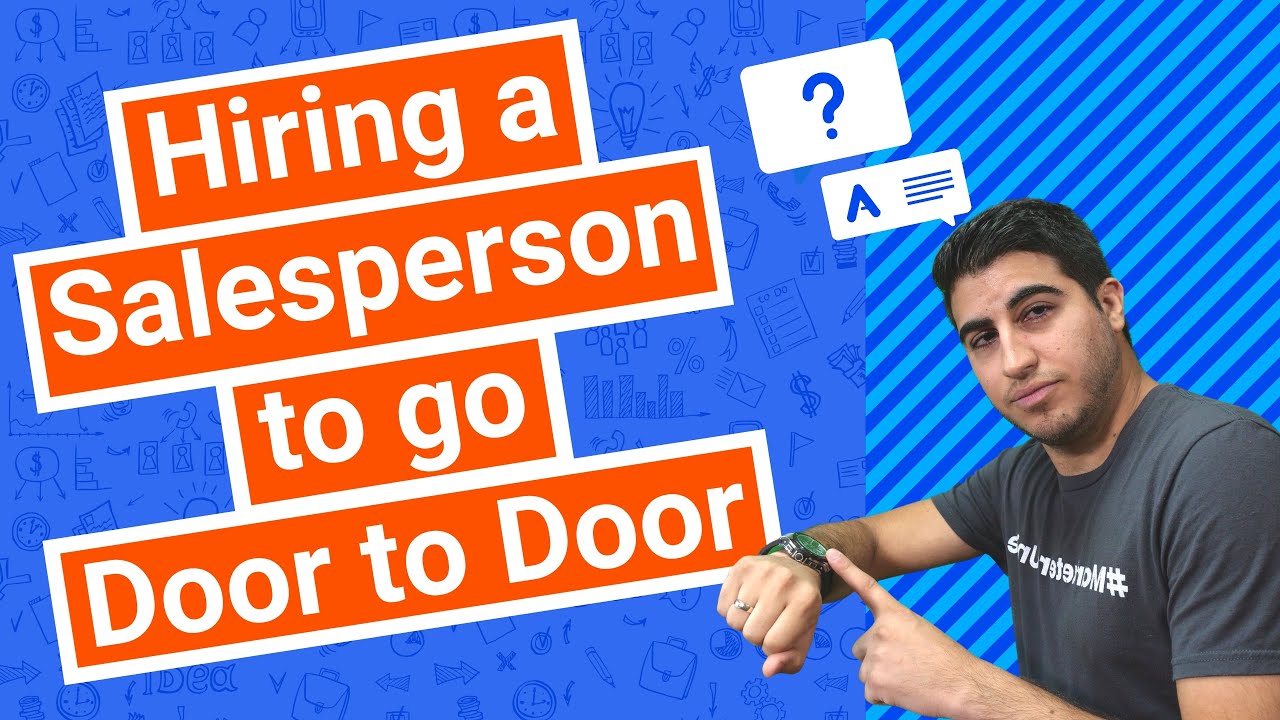 Hiring a Salesperson to go Door to Door

So Alliciyia asked, has anybody ever went door to door to try to pick up clients for your agency?
So when we first started our retail agency social agency 10 years ago, that was actually the first one of the first things that we did. And that’s actually what brought us over to that six figure mark in sales. Right? And we used to close probably like five to 10 new clients every single month by doing that. So our approach was and I can remember this from back in the day, we used to have this older guy who’s probably like 60 years old. And I can remember this like, like it was yesterday and he used to, he didn’t have a car. He was driving on a vesper. And he used to come in with these like a Hawaiian, a button shirts and khaki shorts. Right now you look like Jake Jake from state farm.
And he used to actually park and applause to take his best book, parking a plaza. And he used to go door to door to all the places he used to go in buildings and just walk, literally the building and knock on all the doors. And his pitch was hey, we’re doing a, we’re a local marketing company. The name of our marketing company is, you know, Bobby’s marketing and we’re offering a free online business analysis for local businesses within an area, you know, within a five mile radius of our business. We’re just trying to help some people out and see if we can maybe offer you any marketing services in return obviously. And the report is completely free and he used to have a copy of the report so he can show them exactly what they were going to get.
And it was like a five or 10 page report that we would give them. And it was one of the tools that we use way back in the day. I forgot what the name was. But regardless it was a report, he’s to, hey, this is what the report’s going to look like. All I needed, just some general information. I could probably just take a business card and then maybe write down your contact information so I can contact him. And then he to come back into the office, he used to run the report, put them into the calendar and I would basically call them and say, Hey you know, a, a Bobby was just at your office yesterday and we were the guys who are running a complimentary report for you actually have the report is complete and I want to go through everything with you.
Right. And whether they had time then or I had to reschedule to do an actual demo, Connie say share my screen. And I used to go over the report with them in these closed deals that way. We used to get them on six month retainers and we used to sell packages, I think for like four 99 or something like that. Right? Like a $500 a month package, which included like listings and social media posting and just just minor basic stuff. So yes, the answer is yes, it definitely works. And if you’re capable of actually going out and doing it and getting outside of that box, highly, highly, highly recommended.