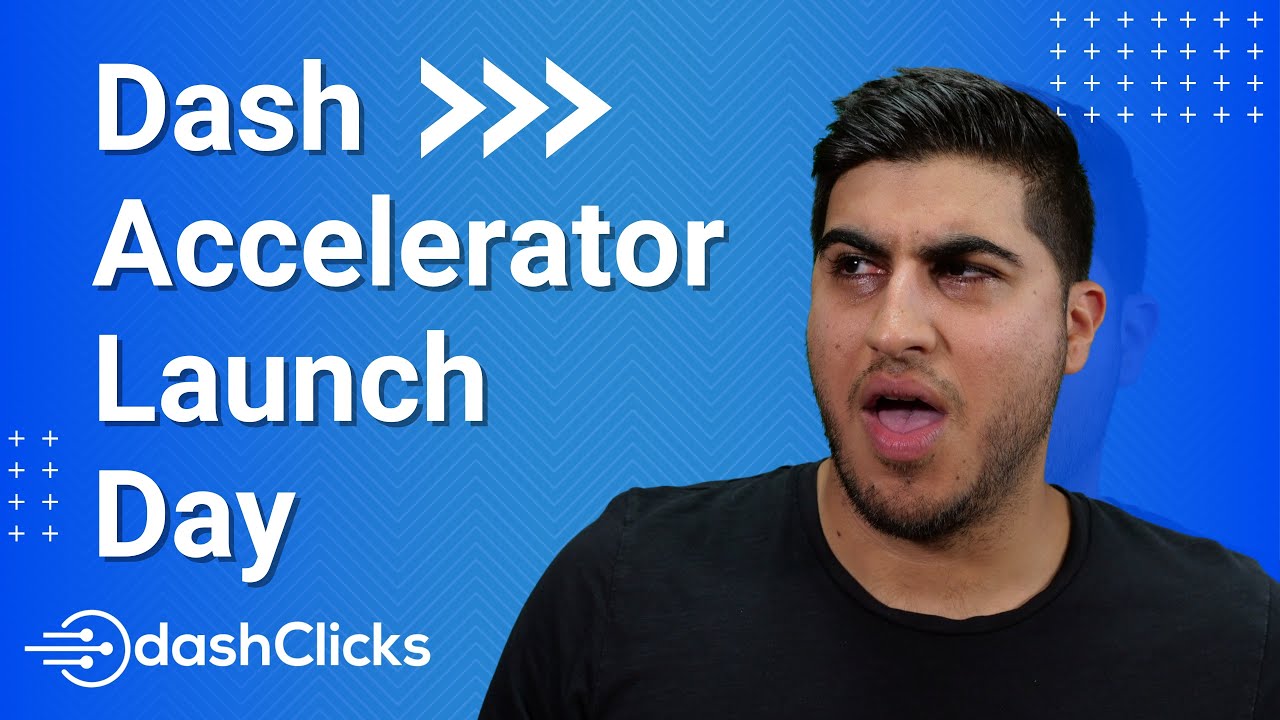 What’s going on everybody, guys, we are about a 10 minutes away from launching the dash accelerator. This is a course or a bootcamp actually that we did on April 1st, 2019 we had about 15 to 20 people live in the boot camp. We took the recordings from that entire bootcamp. It’s like over 20 plus hours of content, swipe files, video recordings, everything bundled up into like craziness. And we’re giving it away for $397 to the first hundred people that purchase. The second hundred people are going to get it for four 97 and everybody after that, it’s going to get it from nine 97. So we want to get in scope right now. It’s give me 85% off and it’s going to be insane. So stay with this guys. What’s going to happen here and just about a second is when we’d already seen at about nine o’clock, which is in about eight minutes from now. Our phone just going to start thinking thing d and All your words are gonna start coming into, we’ll give you guys like a little behind the scenes look. Right now you can even see like the office is like completely closed, right? We all came in just a little bit early. It’s actually memorial day. It’s Memorial Day and we’re here for you guys to do this insane launch and just come on with us. Come on. We’re bringing inside the computer. We got to get ready for the launch. Let’s go.
This is the second official launch party, right? So for so we started a that inside dash, which is kind of like a behind the scenes of what happens within our agency because what happens is can you guys always see us kind of doing our thing on live, on Facebook and shooting all these live videos, but you don’t actually know what’s going on behind the scenes, right? So inside dash is really meant for you guys to actually see what it is and what it’s like to actually be here on launch day, what it’s like to be here with the team, what it’s like to like actually be inside of an insane agency and a software company. So I don’t just bring you guys a little bit, pull curtains back in shooting guys, what’s going on?
Why should they purchase the dash accelerator for us? What’s in there? Let’s talk about that cause that’s probably pretty important, right? Then there is time, time, oh time that you are not going to have to spend spinning your wheels and trying to figure all of this out. You’re saving a lot of times what you’re saving is a lot of time investment and just in general, I mean if you’re looking to get to your goals, you’re going to need to excel this process 10 fold because to learn everything that needs to be done, to actually run an agency, to get results, to get clients to do all those things. I mean, all of those things are three or six month time periods alone in each department. So just think about excelling through all of that so that you can jumpstart your success. And literally within days, depending on how fast you are absorbing information, take massive action to get your client, your return on investment. Not only that, but start skyrocketing your agency because you now have the systems to take your agency from where it is first six figures.