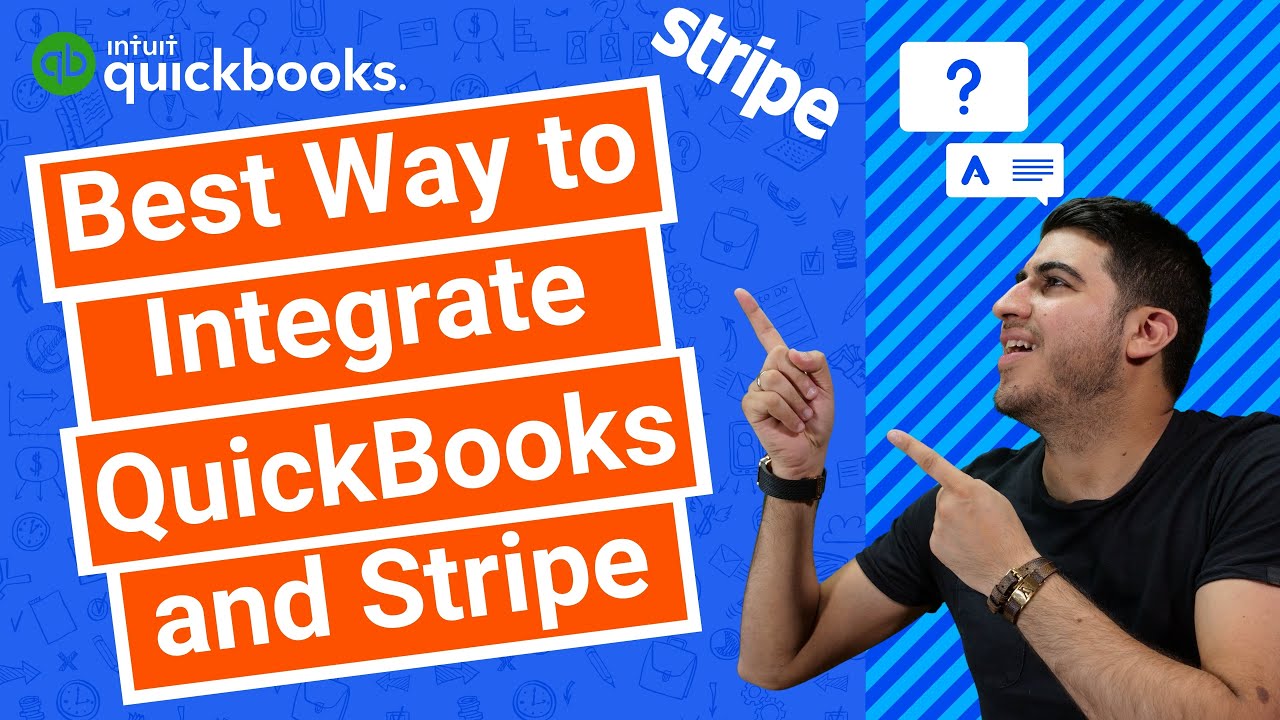 Wondering how to connect QuickBooks with Stripe? In this video, you’ll learn two different methods. One of them doesn’t require coding!

Here we go. We’re going live right now. What to this might be the intro to the Q & A. We’re going to do something crazy here. So just to give you guys a heads up. Our video producer has actually taken a bunch of questions from our Facebook page and we’re just set up a couch in the studio and we’re going to do a chill little session. We’re going to do just Q and. A. So I’ll be answering a bunch of questions that you guys have been asking inside of the Facebook page. So here we go. So Daniel Matthews asks, what is the best way to integrate quickbooks and stripe? We’ve actually tried doing this multiple times. There is a way that you can do it, which actually Leah posted in one of the chats inside of the Facebook group where you can actually create a Zapier integration between the two.
Now that definitely works. If most of the time what you’re trying to accomplish is when a stripe payment comes in, it automatically goes into quickbooks a, it creates the customer, it will create the invoice and it will create the payment, which is really what you’re trying to accomplish if you’re trying to do pretty decent bookkeeping and trying to keep your books aligned between stripe and quickbooks. So that would definitely be the easier and quickest route to do it. Like for an example for us here in Dash Lakes, we have a lot more customization and custom attributes and fields that we’re trying to basically send from stripe to quickbooks. So we’re actually custom coding that completely via the API. So there’s two options that you can take if you’re just trying to get some basic data over from stripe to quickbooks. I definitely think that Zapier is a quickest way to go. Also, just to kind of piggyback off of that, there are other apps that quickbooks has that do stripe through quickbooks integrations for basic stuff. You can actually use that. You can check out the quickbooks applications within the quickbooks website and see if you can find any there that fit your need.