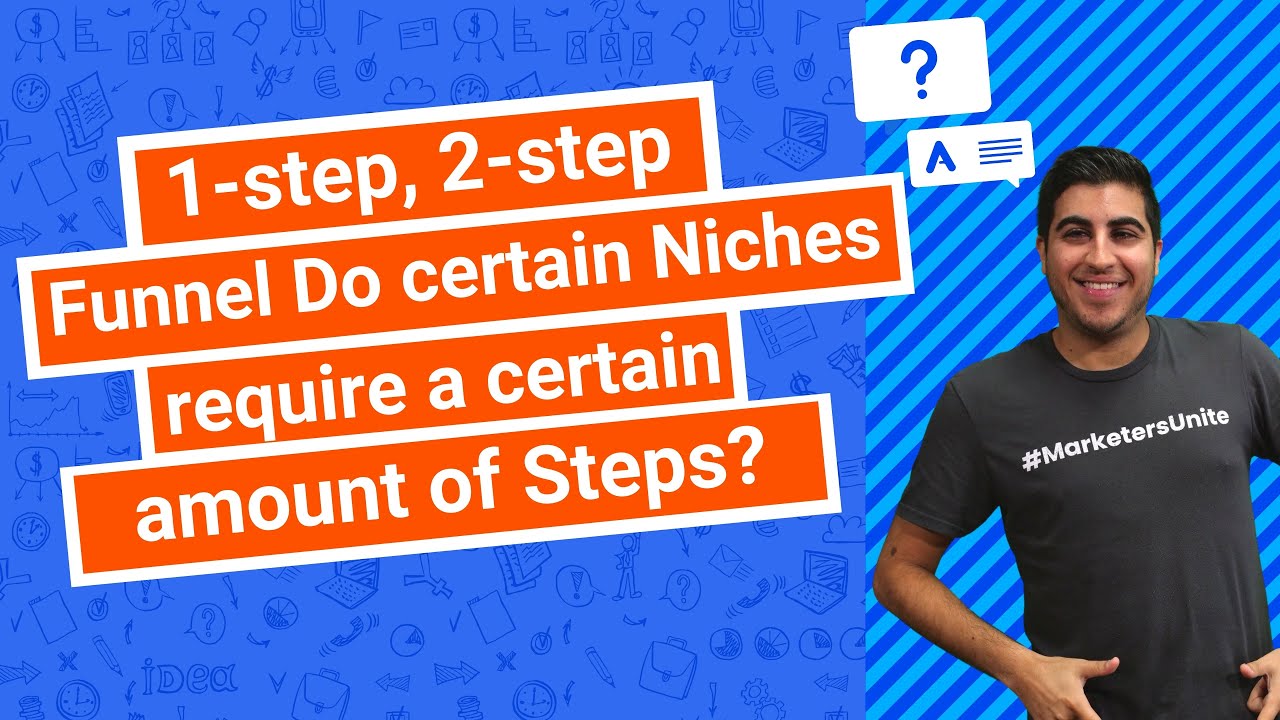 The number of steps in a sales funnel will vary based on your client’s needs. Learn when simple funnels work and why we sometimes recommend more complicated ones.

Hey Inder asked, what’s the difference between a one step two step, three step, four step funnel, right? What’s different in between those pages?
Usually campaigns where, I’ll give you an example as a dentist, right, where you’re doing an offer style campaign, are you doing like a special on a teeth whitening or something like that? That can be just a simple two step funnel and most businesses might just have a basic two step funnel. That’s really all they need, right? Your first page is going to be the opt in page where they go in, they’re putting their information to receive that offer or that that say or that coupon or whatever it is that you’re promoting, right? And then the second page is a thank you page where we put our pixel on and we track for conversions. So having a two step funnel most of the time can definitely do the job.
Now if you’re going after like you know, personal coaches or Webinar style funnels or e-commerce based funnels, the funnel might be a little bit longer. It might be a four step funnel as an example, right? And that can mean where the first step is an opt in, where they go and they watch the Webinar. And then the second page will be the actual webinar itself. And then the third page can be, you know, the sales page where they’re, they’re actually going and purchasing. And then the last page can be a thank you page to track conversions, right? So, and then each step in the funnel we can track and we can set up remarketing style campaigns and then going deeper and, and creating like lookalike audiences based on them. There’s a lot of really cool stuff that you can do. So the difference is really depends on what it is that you’re trying to go after and what you’re trying to market, right? So a lot of the times, two step funnels work perfectly fine. Sometimes you might lead one that’s a little bit deeper, maybe a four step funnel might work. So hopefully that helps you out.